The city operates under a Council-Manager form of government established by the City Charter, adopted by voters in 1950. This efficient format divides government into policy-making and administrative functions and has an organizational structure similar to a business.

The residents of the city are the highest government authority. They delegate this authority to representatives they elect every four years. Similar to a Board of Directors of a corporation, the City Council composed of the mayor and six council members, is responsible for determining policies and adopting ordinances needed to maintain the health, safety and welfare of the citizens.

Input provided by various advisory boards and commissions is a valuable resource. Citizens show interest in the community not only by voting, but also by taking an active part in the policy-making process. There are 15 boards or commissions established to address. Some function in an advisory capacity, making recommendations to the City Council; others review problems and petitions from residents and offer recommendations based upon local regulations and ordinances. 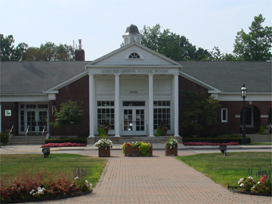