In 2014 the city placed a farmer’s market on Kercheval Street, on the border with Detroit. Grosse Pointe Park officials moved parts of the market to another location but still had it partly blocking Kercheval. In 2015 the city added large planters at the intersection of Kercheval Avenue and Alter Road, on its border with Detroit. The city government stated that it is a beautification project. 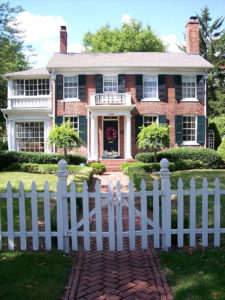